Penfolds buys a Chateau!
Treasury Wine Estates(TWE) announced yesterday that they have just bought Chateau Cambon la Pelouse in the Medoc region of Bordeaux.This is the first acquisition in France for one of the largest premium wine producers in Australia, New Zealand and America.

TWE used to be the wine division of Foster's beer. Beringer Blass, Southcorp and Penfolds are all in the TWE stable.  TWE was spun off from Fosters in 2011 and has had a chequered financial rollercoater ever since. There has been significant write downs and class actions due to destroying cheap stock in the USA.
TWE is an enormous business employing over 3400 people and has a turnover of over 2.5 billion AUD. However under CEO, Michael Clarke, TWE has had significant growth predominantly based on North East Asia. The share price has risen from A$4 when Clarke took on his role in 2014 to a current price of $A17.08 (16th August 2019)
TWE have some of the most iconic Australian brands within their portfolio.....Penfolds, Lindemans and Rosemount are the leaders, but Seppelt, Leo Buring, Wolf Blass and Wynn's are also strong quality brands with great reputations.
It is interesting to see that TWE have only now purchased a producer in France. They have previously had joint ventures in Champagne with Thienot. TWE have also invested extensively in the USA with barnds such as Beaulieu Vineyards, Beringer, Stag's Leap and Sterling amongst others.

Chateau Cambon la Pelouse have 65 hectares (160 acres) in the Haut Medoc appellation, with a small vineyard of half a hectare in the prestigious Margaux appellation. The Chateau employs 13 full time staff and has a good reputation for good quality well priced wines. The Chateau is not classified in the 1855 classification, but it is a Cru Bourgeois.

So why does Treasury Wine Estates buy into one of the most classical wine regions of the world?
According to Derek Nichol, Supply Chain Director, Europe for TWE, 'France is an important sourcing region for TWE, so we are delighted to announce this agreement.' They might not own any producers in France up to now, but they have certainly been busy sourcing wines.
The expansion and profitability for TWE has come through promoting their branded wines(and other brands) via their own distribution outlets into the developing Chinese markets.
Chateau Cambon la Pelouse might be a slightly different marketing proposition than some of the other TWE brands, but the Chinese interest in Bordeaux wines is significant.

So, let's see how an established classic wine region such as Bordeaux performs with the know-how of new world marketeers and sales distribution. An exciting story to follow. Treasury Wine Estates has a vision to be the most celebrated wine company. After years of consolidation, takeovers and write downs, TWE seem to have a clear vertical integrated business and they seem to be operating with the right wines in the right markets.
The actual amount paid for Chateau Cambon la Pelouse was not divulged by Treasury Wine Estates.

Posted by HamishWM at 17:50 No comments:

What does Grand Cru mean in Champagne?

The term 'Grand Cru' is totally different in Champagne, as it refers to the village rather than the specific vineyard (like Burgundy) or the specific estate name (like Bordeaux).
There are currently 17 villages in Champagne that are authorised to use the term 'Grand Cru'.
These villages are:
Ambonnay, Avize, Ay, Beaumont-sur-Vesle, Bouzy, Chouilly, Cramant, Louvois, Mailly Champagne, Le Mesnil-sur-Oger, Oger, Oiry, Puisieulx, Sillery, Tours-Sur-Marne, Verzenay, Verzy.

The reason that the villages were declared 'Grand Cru' status was linked to previous problems between the grape growers and the Champagne houses. In fact 100 years ago(in 1910 and 1911) there were riots and rampaging in Ay, Damery and Hautvillers in protest by the growers against the seemingly exploitative Champagne houses and also the use of cheaper grapes from outside the (yet to be) defined Champagne area, being used in the production of sparkling wines under the Champagne name.
The 'Echelle de Crus' system which developed after the riots gives each village a % possibility for setting their price. Every year the Champagne appellation sets the price for one kilogram of grapes. The Grand Cru vineyards would receive 100% of the price, whilst Premier Cru vineyards (one tier below) might only receive 95% of the price and Villages without Grand Cru or Premier Cru status would receive anything below 90%.
So the term 'Grand Cru' is used for recognising certain areas of land that produce better grapes, but it is not very precise.

Some Champagne houses use the term 'Grand Cru' on their more prestigious blends, if the grapes have been sourced from within the above mentioned 17 villages. However the nature of Champagne is that the blends can come from many different areas, so being exclusively 'Grand Cru' is not always a guarantee of superior quality.


Interestingly Dom Perignon and Louis Roederer Cristal Champagne, two of the most premium Champagnes produced, do not use the terms 'Grand Cru' on their front labels. However these ultra premium wines will undoubtedly have a high percentage of Grand Cru grapes within their blend.

The branding of the Champagne houses and their prestige and associated links with high society, fashion and style are more important than the expression 'Grand Cru'.
There are only a few Champagnes that use specific vineyard sites on their labels, as most of the Champagnes are blends from different areas and different ages.
However Krug Clos du Mesnil refers to a specific vineyard in the village of Le Mesnil-sur-Oger.

So the term 'Grand Cru' really does have three very different meanings in Champagne, Burgundy and Bordeaux. Beware when asking for 'Grand Cru' when buying wine. It should mean the best, but be careful!

Posted by HamishWM at 09:40 No comments:

What does Grand Cru mean in Burgundy?

The term ‘Grand Cru’ used in Burgundy refers to the top 33 recognised vineyards.
These 33 vineyards cover 550 hectares of vines, which is approximately 2% of the total Burgundy area.(29000 hectares). Grand Cru can refer to red wine (356 hectares) or white wine (194 hectares).
The original Grand Cru vineyards were mapped out by the Cistercian monks who enclosed many of the vineyards with walls to mark the limit and also to protect from wind. The word 'Clos' is often used in Burgundy to describe a vineyard. The etymology of this word links to the word 'enclosed', as a 'clos' vineyard has to have at least three walls around it and therefore be enclosed. Over time many of the Grand Cru vineyards have been divided and sub divided due to the Napoleonic laws of succession, which state that you can not give your whole estate to one child, you have to divide the estate equally between your children.
However there remains a few ‘monopole’ vineyards, which are owned by one person. These vineyards have a premium to the other Grand Crus. As an example the 7.3 hectares of Clos de Tart in Morey St Denis were sold recently for €200-250 million. Read about it here
The significant difference between the Bordeaux and Burgundy ‘Grand Cru’ usage is that Burgundy is very detailed and clear for the exact limit and position of the vineyard. Whereas in Bordeaux the term is used for a Chateau (estate), and over time that estate might plant more vines or buy neighbouring estates and incorporate them into their own. For example all the 1855 First Growths in Bordeaux (Grand Cru Classé 1855) have bought more land and changed their size since 1855.
The Grand Cru of Burgundy are mainly in the Cotes de Nuits north of Beaune and the Cote de Beaune mainly south of Beaune. But there are also some important Grand Cru vineyards in Chablis, which tend to be much more affordable.
The most famous Grand Cru is the monopole vineyard Romanée Conti, owned by Domaine de la Romanee Conti (DRC). This 1.76 hectare vineyard of Pinot Noir above the village of Vosne Romanee produces 5500 bottles per year. Compare this to Mouton Rothschild, Lafite Rothschild, Margaux or Latour who are all producing at least 200,000 of their first wine as well as second and third wines.
DRC is highly sought after all around the world. The distribution is tightly managed and you normally have to buy some other top quality wines in order to get the specific Romanée Conti wine.
But the price is normally quite high! The current average price per bottle is over £15,000 on Wine Searcher. 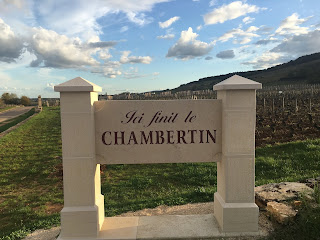 Here is a list of all the Grand Cru vineyards of Burgundy: 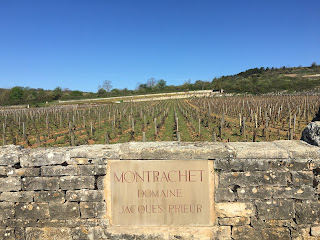 So the term 'Grand Cru' in Burgundy is simple to understand. It refers to the very best quality vineyards and it is very tightly defined.
The level below Grand Cru is Premier Cru and then below that it is the name of the village.
For example a good quality grower in the village of Gevrey-Chambertin might own some vineyards in the village as well as a few Premier Cru vineyards and if they are lucky they may own a few Grand Cru vines.
There are only a few monopole Grand Cru vineyards in Burgundy, so they are highly sought after. Many of the vineyards are fragmented such as Clos de Vougeot, which has over 80 different owners.
So the big question in Burgundy is: Do you follow the vineyard or the grower? Some top growers can make very good village wine, whilst some lesser quality Domaines might label their wine as 'Grand Cru', when it is inferior. Hopefully the terroir will prevent any disasters.
Having explored what 'Grand Cru' means in Bordeaux I will be explaining what 'Grand Cru' means in Champagne in a forthcoming post.
Posted by HamishWM at 07:45 No comments: