I am very pleased to welcome Simon Woods as our next Guest on this blog. Simon is a charming award winning wine journalist, whose excellent humour and bright demeanour always enliven wine tasting events. His knowledge and diverse communication skills bring the often complicated and confusing subject of wine to a wider receptive audience. Simon makes wine fun! He is certainly worth following on twitter @woodswine and looking at his excellent and funny video blogs on his website: www.simonwoods.com


1. You have been writing about wine for some time Simon. What drew you to this subject and why?
Flavour – even though we didn’t have an especially exotic diet at home, I noticed at a reasonably early age that there was a difference between the bad, the OK and the best. Couldn’t work out in my teens how my friends could drink vast quantities of grotty beer when there was better stuff on offer for just a few pence more a pint. After a brief dalliance with the electronics industry, I spent a year in Australia during which time I picked grapes, worked in a bottle shop and visited several vineyards on a bike. Since then, I’ve managed to carve out a job that let me share my opinions with others. 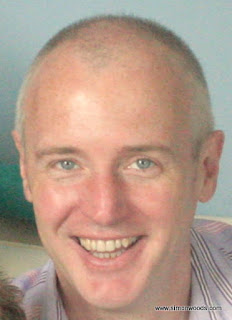 2. Have you ever wanted to make wine and develop your own label? And if so, which area would you choose?
With so much interesting wine around, it would be hard to settle on a particular region. Also, running and promoting your own estate seems to be extremely hard work. But it would be great to develop a brand that covers many regions, something that is consistently good but which encourages normal people to spend just that little bit more to explore the world of wine.

3. You write mainly for the UK market which is facing some challenging times at the moment. You taste extensively all around the World. When you are polishing your crystal ball in the evening what do you think are the most exciting wines (area, region or country) that we are about to discover on the UK merchant shelves?
The traditional wine producing countries of Europe offer so much in terms of the spectrum of flavours, but most of the time, their promotion is very poor, and often forgets that the target audience is normal people rather than the wine trade. At the same time, countries outside Europe are often seen in the UK as simply sources of easy-going varietal wine, meaning that the more ambitious offerings are seen as overpriced. My concern is that our obsession with ‘getting a good deal’ will cause many wine producers to bypass the UK and seek out more appreciative audiences in other countries. So while there’s lots in both the Old and the New World that excites me, I’m not holding out much hope of our shelves being overwhelmed with whites and reds from Galicia, Austria, southern France, Swartland and Beiras, new wave Australian Chardonnay, Greek whites, post modern Bordeaux reds etc

4. What do you think of organic and biodynamic wines? Do you think the customer cares?
Love the idea of wines being made that are sympathetic to the environment, but for most customers the organic/bio status is a bonus rather than a reason for buying in the first place.

5. You live in the North of England. Are there enough tastings and activities for northern based journalists, consumers? Or do you feel that the wine trade is Londoncentric? What percentage of your time is spent travelling??
The wine trade IS very London centric: with regard to trade tastings, there are events in the north, but they often coincide with more interesting ones darn sarf. But there are several enterprising northern retailers who make sure their customers get plenty of chances to try wines. As for me travelling, family demands mean I do quite a lot less than in the past, but I’m still away from home – both in London and on trips to other countries – for maybe 80 nights a year.

6. Which journalist has the best reach to the audience? Which journalist do you read and appreciate the most?
They write for different audiences, but I’ve heard that reccos from Jancis Robinson, Jane McQuitty and Matthew Jukes translate into sales. I love reading Andrew Jefford, and just wish he had a decent outlet for his impassioned purple prose, but he’s never going to be mainstream.

7. If you had the choice of any other career.....what would you want to be?
Am too old now to be a footballer, but there may still be time to play lead guitar in a kick-ass band…

8. You do most of your reviews now on video – why?
There’s been a huge move to consuming information online rather than in print, with video leading a lot of the charge. Hopefully my enthusiasm for wine comes through in my videos, and not only exposes me to a wider audience, but lets people discover wine in a way that is more relevant to them

Simon is worth following for his humorous video blogs and his fun twitter activity.
www.simonwoods.com, twitter @woodswine

Posted by HamishWM at 23:40 No comments: 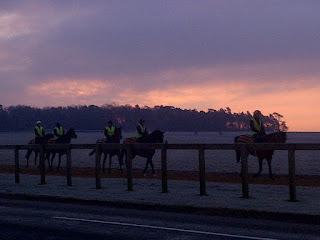 I have a base in the beautiful town of Newmarket in Suffolk.
From here it is great to zoom about and visit clients north, south, east or west. Newmarket is close to Cambridge and is very accessible.

The main 'business' in Newmarket is horseracing. For many years I would get up early and walk my black labrador (Billy*) up on to Warren Hill to see the horses being exercised.
So it was great fun to re live some memories after an overnight drive from Bordeaux last weekend. My first visit was where the real action takes place on 'the Heath' Even though the temperatures were -5 degrees celsius the trainers were out supervising their teams. I said hello to Sir Henry Cecil, (who has swapped his Saab for a Jaguar!), whilst Luca Cumani's, Roger Varian's and Michael Bell's horses were all zooming past. 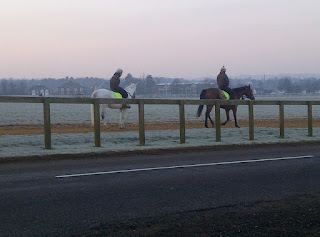 The Jockey Club owns and maintains all the gallops in and around Newmarket and they are (quite rightly) defensive of building plans and development. So the town has a great heart of horses and a buzz from the racing fraternity. In the summer months often the horses criss cross through the town to get to and from the stables. Some of the yards are still in the centre of town.


After warming up and doing some work, I popped in to one of the local pubs to catch a glimpse of the 6 Nations Rugby. It was quite amusing to be sitting there watching the rugby with a Derby winning trainer alongside me. 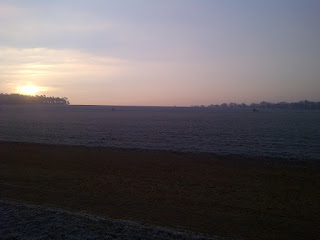 I caught up with a few characters and heard some of the latest gossip.
There have been quite a few changes in Newmarket over the years. Sheikh Mohamed from Dubai and his family are still big investors and employers in the town, whilst trainers with strong patronage from the middle East seem to be doing well. For some of the smaller trainers it is tough work to get established, especially with the low prize money available in UK racing.
One trainer who was strongly recommended to follow was Marco Botti. Marco is a young Italian, who started training in Newmarket in 2006. He has gradually improved his stock and his results and seems to be improving all the time. His horse Excelebration won his first 'Classic', the German 2000 Guineas. Marco has racing and horses 'in his genes', as his family are very well connected in the Italian training scene. In fact his father has been multiple champion trainer in Italy. The interesting thing about the owners that are sending horses to Marco Botti is that they are from all corners of the World. The Sheihks, the Irish, the landed gentry and all others want to see what this young talented man is doing. He certainly sounds like a trainer to follow.
*Billy the labrador is still going strong! He will be 16 years old next month.
Posted by HamishWM at 12:46 2 comments: 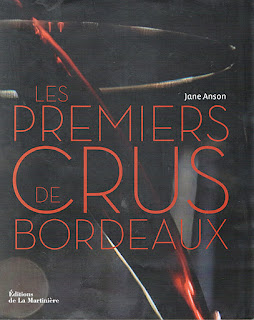 There have been various books written over the years about Bordeaux and the wine trade. But over the last 15 years there have been dramatic changes for the very top wines....the First Growths.
What makes these wines so special? Why are people prepared to pay so much for these incredible wines? Why are these vineyards highlighted as qualitatively better than their neighbors?
There are over 8000 Chateaux in Bordeaux covering 60 Appellations, but there are only 5 First growths.

So I am eagerly awaiting a new book:
Liquid Legends: the 1855 First Growths of Bordeaux.
written by Jane Anson.
This book is due for publication in October 2012.
Jane Anson is Bordeaux correspondent for Decanter magazine and has lived in the Bordeaux region since 2003. I recently asked Jane a few questions here.

We can take advanced orders for this book now.

The retail price is €42 per book. Please email hamish@bellawines.co.uk to reserve your copy.
Posted by HamishWM at 14:55 No comments: